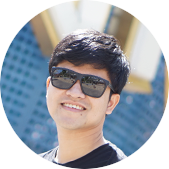 Kubernetes (k8s) is an open-source system for automating deployment, scaling, and management of containerized applications. Kubernetes is so popular nowadays. There are several ways to deploy and use it. Public cloud services such as Google, Azure, Amazon, etc are offering as well. However if you decide to deploy your own k8s cluster from the beginning, you can use kubeadmin. Let’s discover the steps…

The container runtime is the software that is responsible for running containers. Kubernetes supports several runtimes such as Docker, rkt, runc. In this blog post, I will use Docker for the demonstration purpose. Following is the basic steps to install Docker Engine on Ubuntu Server.

Each Kubernetes release supports a specific highest version of Docker Engine. You can find that information from the offical release note. So for the best compatibility, we should specify the version of Docker during the installation. For instance as the time of writting this blog post, we should install package docker-ce=18.06.0~ce~3-0~ubuntu for Kubernetes v1.13.2.

Then hold the package and start Docker service

First, we have to add Kubernetes repository in order to have the latest packages.

Same as Docker installation, we should add above packages to package manager exclude lists. This will prevent the system from updating Kubernetes’s package which might cause out-of-sync for the cluster.

Now we can initialize the Master node with simple command

kubeadm init has serveral arguments. However you might want to customzie these following ones:

For example, following command is to initialize the cluster with a pod network that will be used by Flannel network plugin.

If the command runs successfully, you will get a message like Your Kubernetes master has initialized successfully! and an instruction to modify your current user’s shell environment to have access to new cluster with kube* commands. Let’s follow those instruction:

There will be another important command for you to join other Kubernetes worker node to this cluster. You might see a similiar output like this.

The kubadmin join command comes with 24-hours TTL token by default. If you want to create a new “join” command, simply run:

The cluster networking is needed for the communication between Containers, Pod-to-Pod, Pod-to-Service and external traffic to the Service.

There are several Kubernetes networking models that you can follow. In this post I will use Flannel as an example. To deploy Flannel, just apply the config from their yaml file.

Show our deployment, verify the READY column is 2/2, meaning is the deployment was successfully.

Verify the deployment and service

We would need to create a ClusterRoleBinding in order to have permission to access the dashboard. Create a file name dashboard-admin.yaml with following content.

Then deploy the role

Now it is time to access the Dashboard. With above deployment, the dashboard will bind to cluster ip address and listen to port 443 by default. We can verify this by running following command.

We will not able to connect to this cluster ip address directly. To access it we have to use the kubernetes proxy by running kubectl proxy command.

Then we can access the dashboard via proxy url http://localhost:8001/api/v1/namespaces/kube-system/services/https:kubernetes-dashboard:/proxy/

However if you are not working in the same machine as the master node. You will not able to access that loopback ip address. So instead of using Cluster-IP we will change it to NodePort.

Find and change the ClusterIP to NodePort. Double check the dashboard’s address again 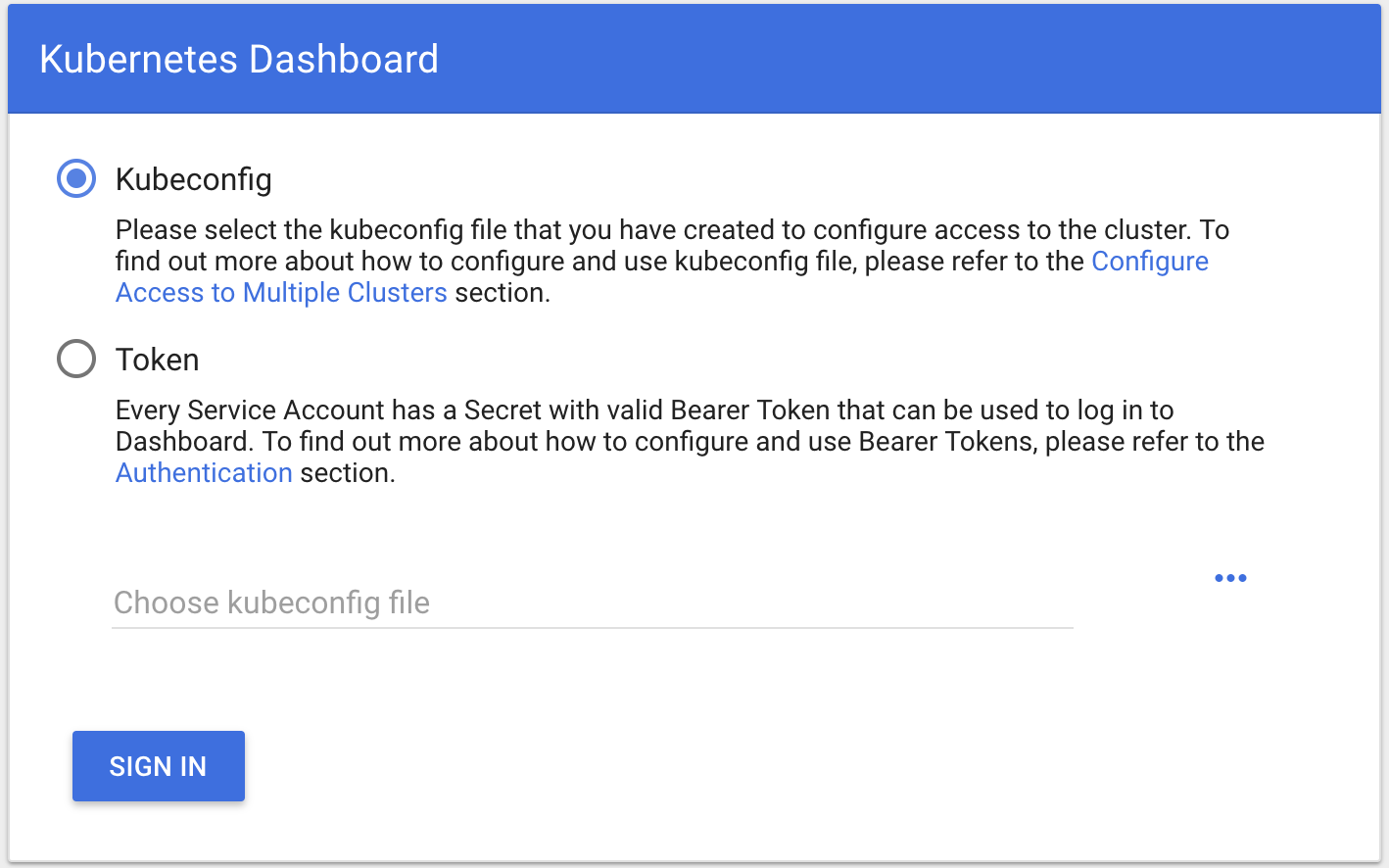 You can login into Kubernetes dashboard using Kubeconfig or Token. In order to get the token, you can use following command